Get to Know Different Accents

Accents are only difficult to understand if they are unfamiliar to you. They are clear to people who have heard them before many times.

I suspect people in India have difficulty understanding Chinese accents as well. It all depends on how familar we are with an accent.

So, to get familiar with different accents I'll discuss some online resources dedicated to accents and pronunciation of English around the world.

Use online accent resources to get to know other accents 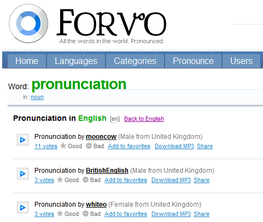 Unfortunately Forvo is less useful for trying to understand international, non-native accents for global business, for two reasons:
That's OK if you only have to listen to native speakers in your work, mainly the United Kingdom and the United States, but not so useful if you're doing business with people from the rest of the world.
Story Reading Pronunciation
It's better to hear someone speak complete sentences, especially a chain of sentences like a story, to become familiar with an accent. There are three main sites I'll compare for this:

They have recordings of people from around the world, who tell a short story. These stories are often designed to include many (if not all) different sounds in the English language, so they are useful for hearing how each sound is pronounced in a specific accent.

Here are some of the stories online, so you can read and compare as you listen:
And here's a collection in PDF format of several of the stories (The Rainbow Passage, Comma Gets a Cure, The North Wind and the Sun, Arthur the Rat, The Grandfather Passage) so you can access them offline:The British Library uses a longer passage, the short children's story, Mr. Tickle.
On the following pages, I'll discuss each of these story reading sites. Next, IDEA: the Internet Dialects of English Archive.
Go to Page 4: Using online accent resources: IDEA >>>